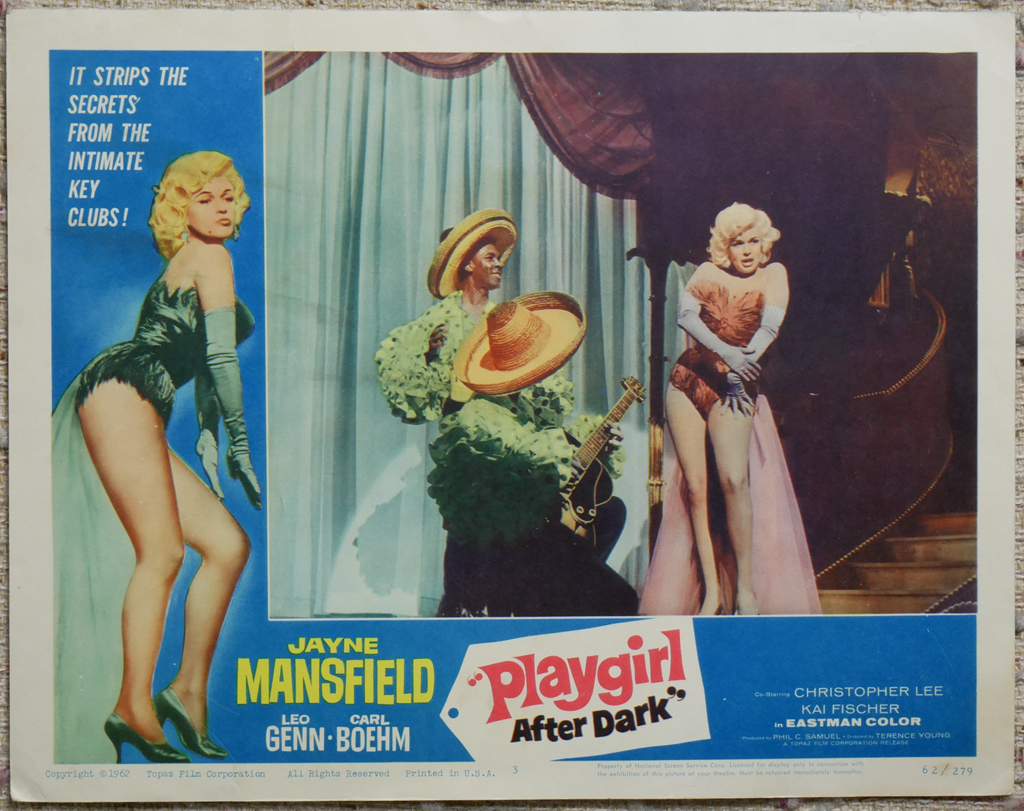 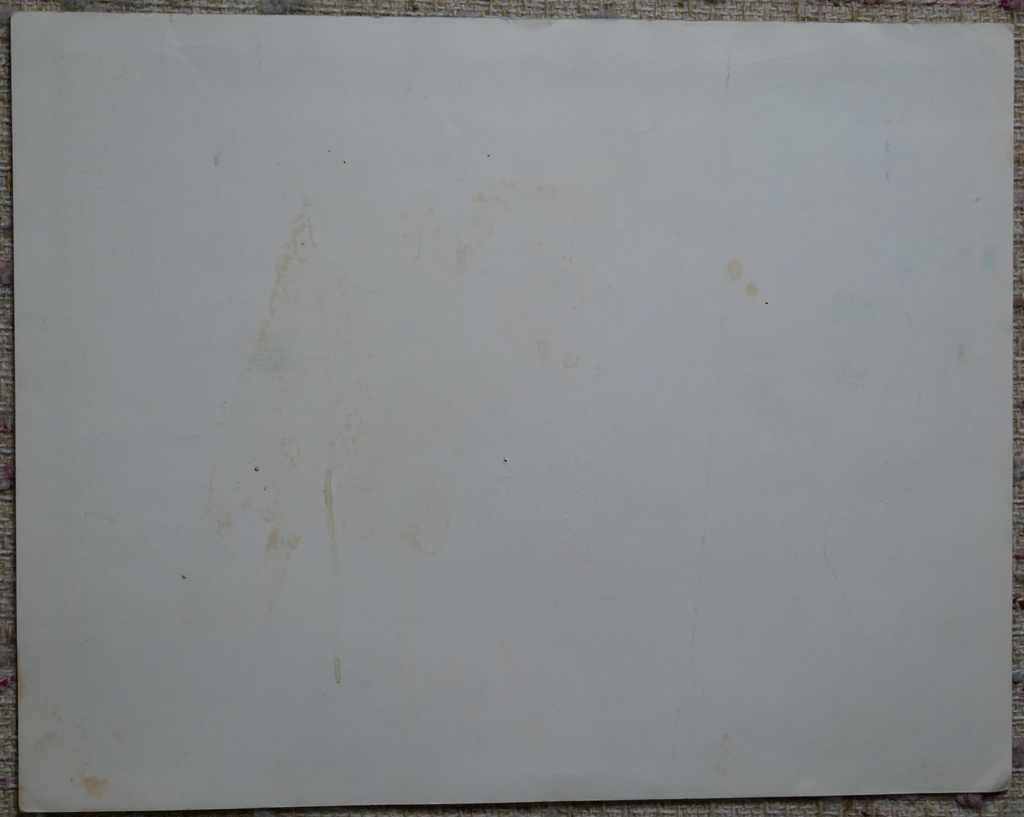 This is a thriller in neo-noir style filmed in England about a French journalist who is working on a steamy story about the secret strip clubs in London's Soho district and becomes involved in the lives of a club owner and the star dancer. Released December 1960 in the UK as "Too Hot to Handle" then edited and released 16 January 1961 in the USA as "Playgirl After Dark".

BOTTOM MARGIN, UNDER IMAGE: ©1962 Topaz Film Corporation All Rights Reserved. Printed in U.S.A. Property of National Screen Service Corp. Licensed for display only in connection with the exhibition of this picture at your theatre. Must be returned immediately thereafter. 62/279