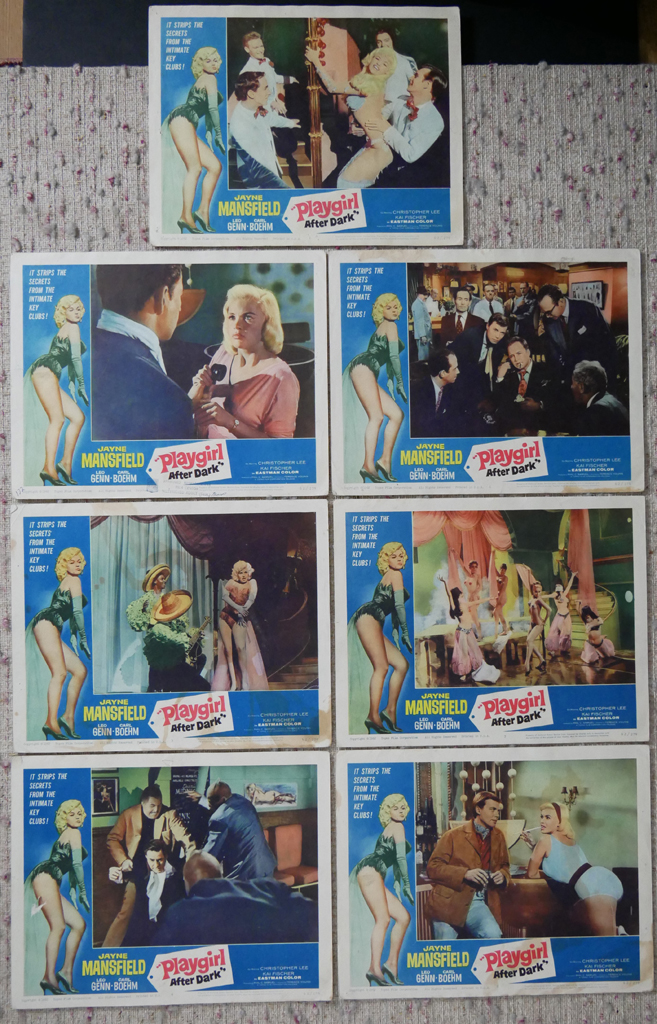 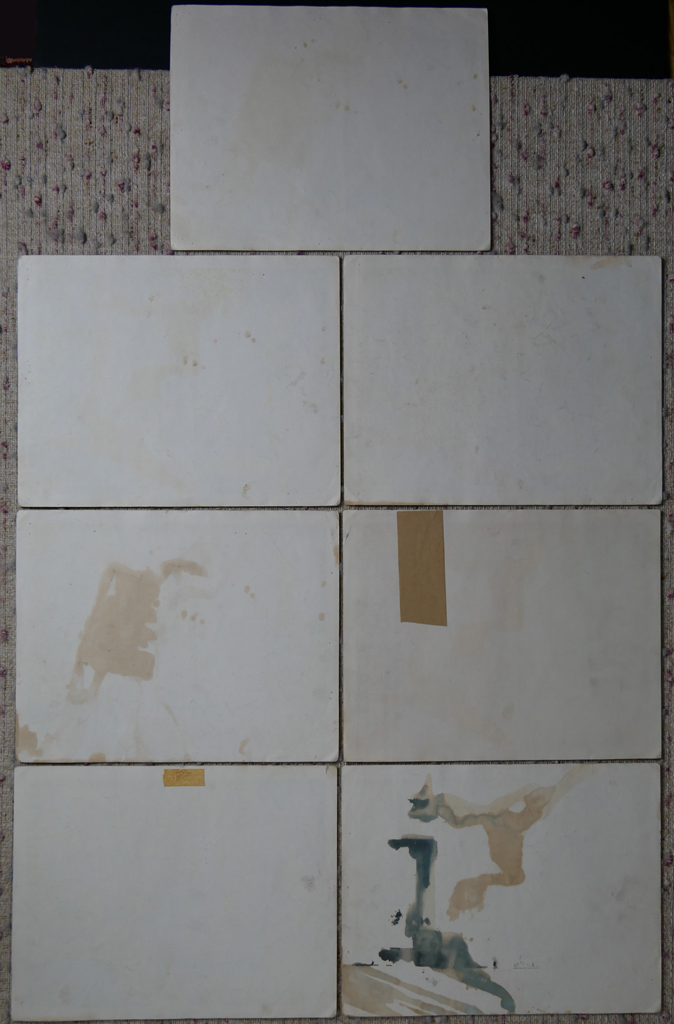 Despite "sexploitation" depiction in movie posters, this is a thriller in neo-noir style filmed in England about a French journalist who is working on a steamy story about the secret strip clubs in London's Soho district and becomes involved in the lives of a club owner and the star dancer. Released December 1960 in the UK as "Too Hot to Handle" then edited and released 16 January 1961 in the USA as "Playgirl After Dark".

Fine - with bright colours and clean overall appearance, pinholes outside of image area, general evidence of handling, light creasing, toning and edgewear, some marks and stains.
SPECIFICS: #2 has official stamp in lower center margin: Approved Saskatchewan Film Censor and has handwriting next to stamp as well as lower left corner; #3 has brown staining, especially along bottom margin and visible in image area; #4 has half inch vertical tear upper left margin as well as tape on back side of upper margin mid-way to repair a small tear and has scuff in left side of image resulting in small paper loss on backside of leg; #7 has tape on reverse to reinforce a vertical tear, barely noticeable from the front; #8 has brown stains extending bottom right margins and has large splat of stain on the reverse, slightly visible from the front.

BOTTOM MARGIN, UNDER IMAGE: Copyright ©1962 Topaz Film Corporation All Rights Reserved. Printed in U.S.A. Property of National Screen Service Corp. Licensed for display only in connection with the exhibition of this picture at your theatre. Must be returned immediately thereafter. 62/279