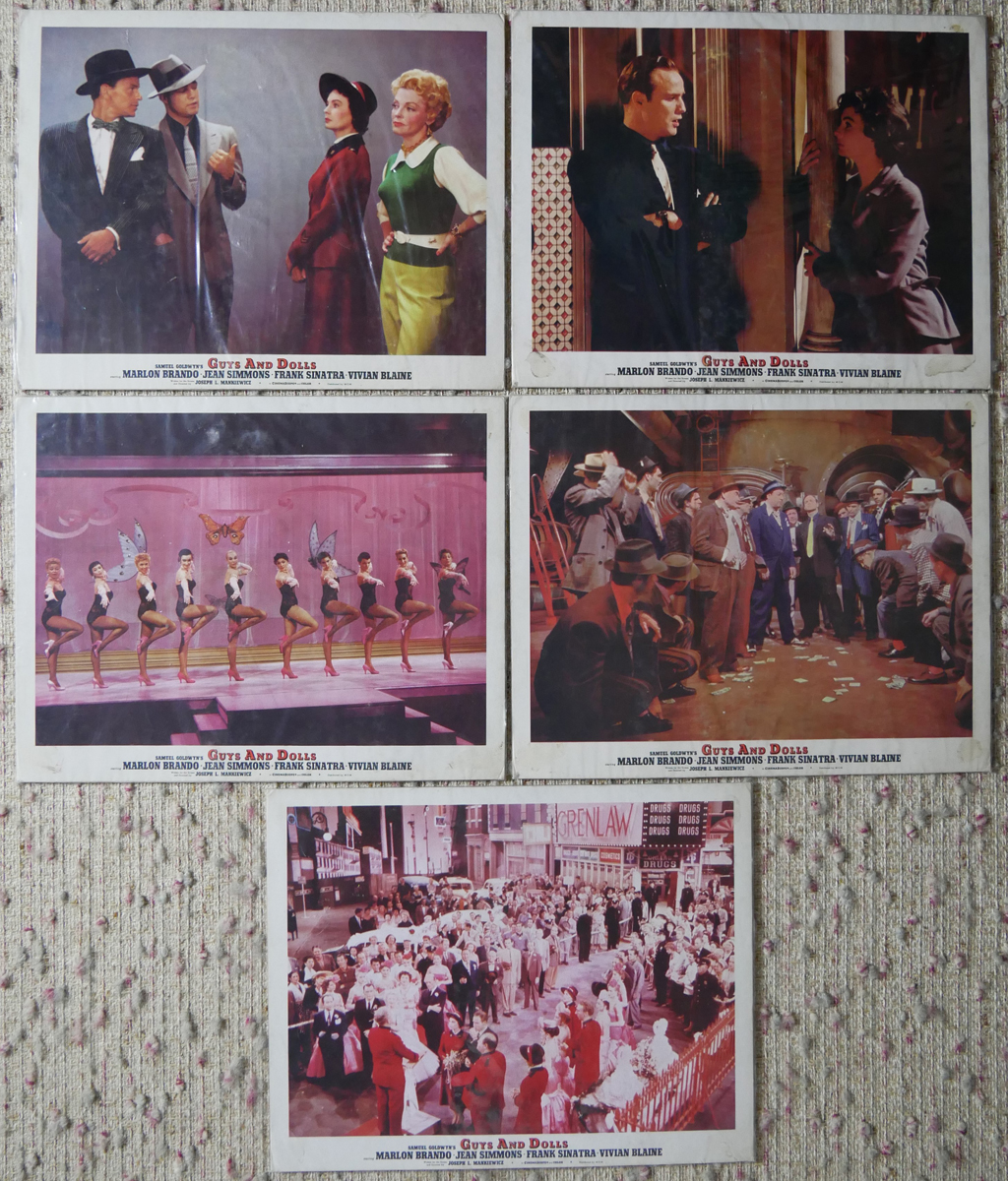 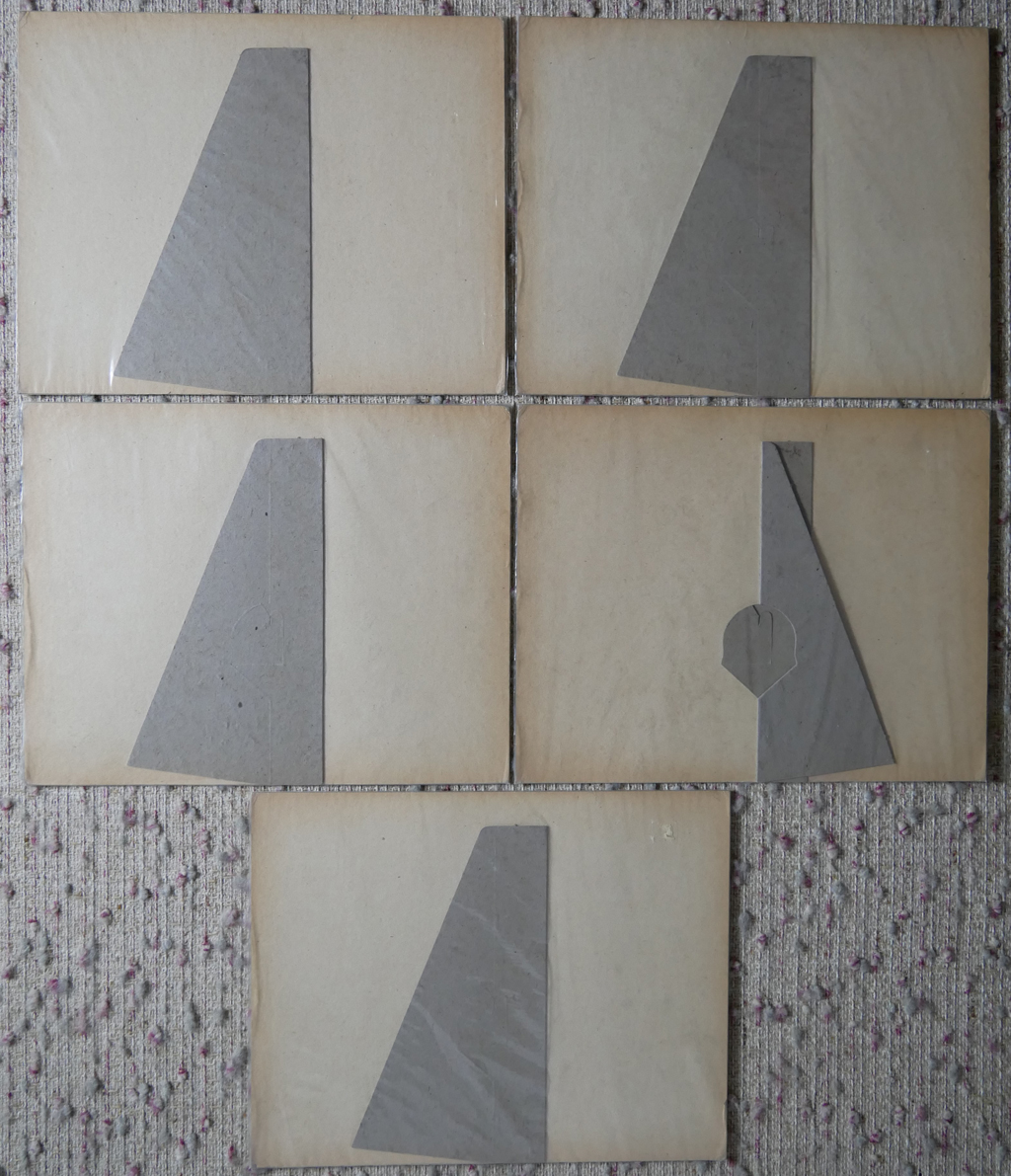 
Original Vintage Movie Poster Lobby Cards: "Guys And Dolls" (1955, MGM, each 11 x 14 inches) USA, Set of 5, not numbered or dated, each with cardboard back-flap for tabletop display, each packaged in a plastic sleeve

Set in Manhattan, a gambler Guy needs $1000 to stage a game and wagers with another hustler Guy that he will be unable to charm a particular Doll who is stridently anti-gambling. Hijinks ensue and love blossoms. Beloved Hollywood classic is a romantic musical with sharp dialogue and characters, was nominated for four Academy Awards and won two Golden Globe awards. Released 3 November 1955 in the USA.

Very Fine - with good colour and overall clean appearance and no pinholes. Some minor smudges from handling or tape outside of image area. Each lobbby card is mounted to a cardboard backing which has folding flap for tabletop display and, on reverse, the cardboard shows edge toning from age. Each lobby card was packaged long ago in a protective plastic sleeve..